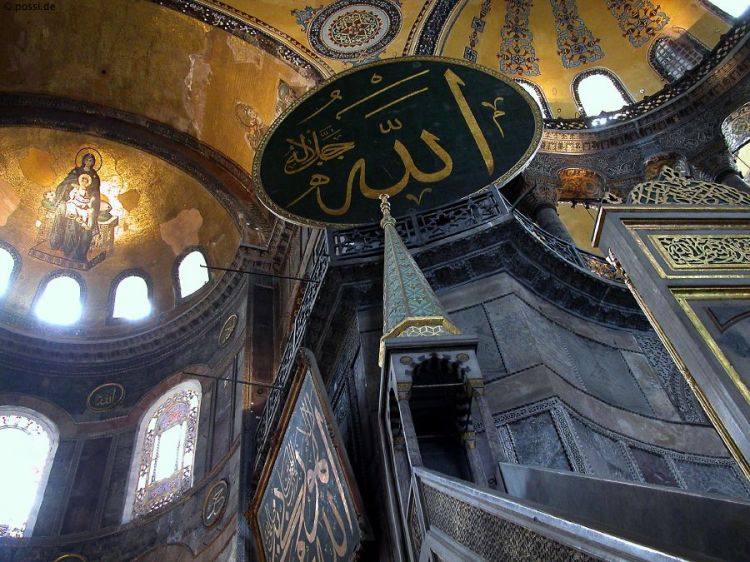 I’ve been listening to a lot of Coloring Book lately. Songs like Blessings have been on repeat for the past month or so.  Lyrics about praises and blessings play in the background as I contemplate my ever changing relationship with God.  Some days I have really good days where my prayers are good, other days not so much — much of my life has followed this cyclical pattern.  Periods of religiousness, followed by a lull.

But lately while my physical devotion has waxed and waned over the last few months,  I have not stop thinking about God.  Despite being a practicing Muslim all my life, only lately have I really begun to think deeply about my relationship with Allah and how that guides my life and what I believe in.

I was raised to believe in the God that is described the Qu’ran; the most gracious, the most merciful.  God was not looking out to get you for every transgression you made, to throw you into the gates of hellfire.  I was taught to do things for the sake of being a good person, not to “avoid God’s punishment”. I was taught that justice must be pursued and is your right, but if you are personally wronged, forgiveness is a higher form of morality.  As I grew up, I heard more in sermons and lectures about how the Prophet (PBUH) and the Caliphs governed. I heard about the believer’s obligation to speak out against oppression and fight against it.

Nowadays, our religious obligations to the poor and the oppressed seem to be relegated to acts of charity.  Volunteer here and there, click the donate button once in a while.  This is not what I believe is what God intended when he was talking about fighting oppression.  It’s more than individual acts of charity (as valuable as those are), but about pushing for a transformative reimagining of what society can be for everyone.  I have no doubt that if the Prophet (PBUH) was here, he would be protesting for Black Lives, he would open up his  mosque for undocumented immigrants, he would be at Standing Rock, he would be joining fast food workers at their picket lines.

This is why it hurts to see people who are “religious” turn a blind eye to refugees, advocate for a harsh and unfair criminal justice system and support laws that target the most marginalized in our society.  On top of that, there are people who use religion around the world as a crutch to commit oppressive acts – both rogue extremist groups and state actors.  Islam is no exception to this. Does this give me a bout of cognitive dissidence?  No  because I know what God stands for.  I have it right, they don’t.  As much as religion can be twisted to serve harmful purposes, it can also be used to push for and imagine a better future.

But as much as I don’t experience cognitive dissidence, I don’t try to distance myself from my community either.  I don’t attached labels like “progressive” or “modern” or “liberal” to my relationship with God in an attempt to separate myself from my “backwards” community.  I will not cater to a gaze that only sees flaws in other societies, as a way to justify violence – all the while ignoring the instances of oppression that occur at home.  I will hold my community (which includes myself) accountable, but only out of my obligation to speak out against oppression and only out of love – not in attempt to correct a backwards people.

In a world filled with daily atrocities and instances of oppression, it can be hard to find hope.  And in that same world, where people striving to make changes can get caught up in battles of ego and one upping each other, getting involved can seem pointless.  But I have not lost hope.  I wake up every morning knowing that the world may be messed up and may to continue to be messed up even after I leave, but all that matters is that I tried to change things.  That it doesn’t matter what people think of what I have to say, all that matters is that my intentions are right and my ego is in check.

This is what I believe and this is how I keep hope in the face of an uncertain future. I get comfort from the fact that God is watching over us and as we push for a better collective future, that inshallah we will win with God’s support.